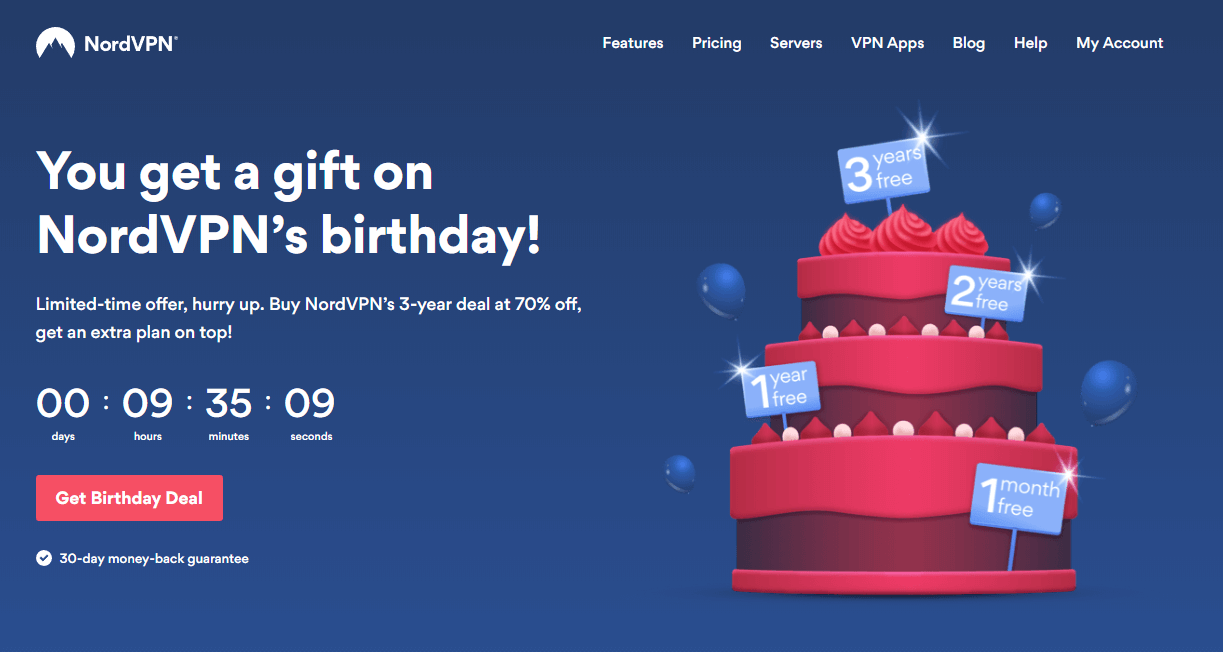 NordVPN is now eight years old and the company is throwing the 70% discounts to its users. The story of NordVPN started in 2012 but the company has grown and become one of the most prominent VPN services in a very short time. In this comprehensive guide, we will tell you everything you need to know about the NordVPN. We will also share how you can get the 70% discount on the NordVPN subscription. Let’s get started. Read more at Usenet.com’s NordVPN Review

NordVPN is only 8 years old but the company has a very rich and inspiring history. NordVPN was founded by 4 childhood friends with the aim to provide liberation to internet users. They started this project as a side hustle as all of them were having day jobs and they used to spend the rest of the time on NordVPN.

They launched the Windows client of the NordVPN and users were required to configure it themselves. In starting, the company had only one server in Germany but soon this number grew to the 6 servers.

Just like any other startups, NordVPN wasn’t very popular at the start and by 2013, they only had 1000 active users. In 2013, the core team of NordVPN was also very small and the only handful of people were running the company. Everyone was doing multiple roles because it was a small company.

Fast-forward to 2020, NordVPN has now more than 12 million active users around the world. The company is offering its services to users as well as corporate clients around the world. You can find out more information about VPN’s at our VPN FAQ(Frequently Asked Questions).

In 2015, NordVPN launched its services in Australia when the government passed its data retention laws. These laws required Internet Service Providers (ISPs) and Telecom Companies to retain the metadata of their users for 2 years. The government faced a huge backlash from the public and NordVPN went global when it launched its services in Australia.

The company has also considered the forefront runner when it comes to self-regulation and transparency. In 2018, the company allowed independent security firms to audit the service to guarantee that the company doesn’t keep a log of its services. Similarly, the company also allowed the third-party penetration testers to conduct the stress-testing tests on the NordVPN Apps.

Since then, many other VPN companies have followed the NordVPN’s steps and allowed the independent to audit their services. This trend is great for the end-users as it will help in trust-building and it will establish trust between the users and VPN Services.

NordVPN also launched the “VPN Trust Initiative”, with 4 other major VPN Services, to promote online security, self-regulation, and transparency in the VPN industry.

How Secure is NordVPN?

NordVPN is one of the most trusted VPN services out there and it has more than 12 million active users around the world. When it comes to the privacy and security of the users, NordVPN leaves no stones unturned.

The company uses the state of the art technologies and features to ensure that your online privacy and security is intact. NordVPN uses the Advanced Encryption Standard (AES) for the communication between the servers and your device. It is the most secure encryption standard out there and it is impossible to break this encryption. It is the same standard which is used by the Governments and militaries to protect their communication and state secrets.

On top of impenetrable encryption, NordVPN uses the advanced privacy features such as CyberSec, Double VPN, Automatic Kill Switch, DNS LEAK Protection, Onion over VPN, etc. will help you protect your online privacy. The company also have more than 5565 Servers around the world which you can use to bypass geo-restrictions and access restricted content.

You can also get the NordVPN Applications/extensions for all major platforms such as Android, Windows, macOS, IOS, Android TV, Linux, Chrome and Mozilla Firefox. You can read the complete review of NordVPN on Usenet.com where we have explained all of these features and our experience in great detail.

The company is also constantly working on improving its service and security features. NordVPN has recently embraced the Wireguard Protocol through its NordLynx Tool. Wireguard is the next-generation open-source tunneling VPN Protocol which provides the ultimate security.  It is also much faster than OpenVPN which is considered the best VPN protocol in the industry.

How to get the 70% Discount on NordVPN Subscription?

Each user will get one of these gifts so whichever gift you get, it will be based on your luck. If you are lucky enough, you can secure the additional 3-year plan which will allow you to get a total of 6 years subscription. Now, you can try your luck and get a great discount.

The best thing about this deal is that the company is also offering the 30-day money-back guarantee on this offer too. If you are not satisfied with the service, you can always get your money back within 30 days.

NordVPN is our #1 Best VPN Service Provider because it not only offers great service but it also offers great value for money. If you want to protect your online privacy and looking for a great deal then you won’t get a better deal than this one. This deal is only valid for a limited period so rush now and avail this amazing offer. Also, if you want to know more about the NordVPN then make sure to read our review where we explained the different aspects of the service.