Home
What is a Binary File? Usenet Binaries Explained.

What is a Binary File? Usenet Binaries Explained. 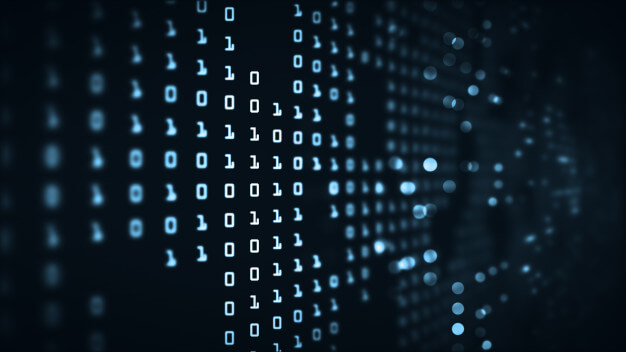 What is a Binary File? How do Binaries relate to Usenet? This is what we are going to explain to you in this article. Hopefully we will make Binaries much easier to understand and this will help you in choosing a Usenet Provider that’s right for you. Be sure to check out our Best Usenet Service Provider.

What is a Binary File? How do Binaries relate to Usenet? In addition to text based newsgroups loaded with discussions on virtually any topic the mind can conceive. The Usenet is also home to an abundance of user generated content in the form of audio, videos, and software. All of these types of files are referred to as binaries as they are digital files stored in the binary newsgroups on the Usenet. Binary files are handled much like an email message with an attachment that is posted or sent to a particular binary newsgroup. In practice one binary file, say a user generated audio file, will be spanned across multiple Usenet articles that contain encoded text that when put together make up the audio file as a whole. Let’s look at a real world example to make understanding this concept clear. Say you have just gotten back from your family vacation in the Bahamas and you have 2-3 gigs of  fun filled videos and pictures that you would like to share with friends on the other side of the globe that also use the Usenet. These 2-3 gigs of video and pictures are equal to about 2,048 to 3,072 megabytes of binary digital information. Just like email, 3,072 megabytes is too large to attach to a single email and must be broken into smaller parts and sent in multiple emails. These vacation videos and pictures would be made up of hundreds of encoded newsgroup text articles.

Usenet’s creation was based around the idea that computers were becoming sophisticated enough that they could be used to hold conversations, and there was plenty of conversation going on.The foundations of Usenet was started even before the internet as we know it existed. Based on the UUCP protocol, a kind of peer to peer connection, Usenet was an attempt at a decentralized forum for discussion. Usenet had no true owner and anyone could participate in discussion and sharing in various sub forums called newsgroups. Usenet was originally only designed to deal with the transmission of text data but the need arose for sharing other kinds of data as well. This is where binary files became an invaluable tool.Usenet.com Review recommends the Best Usenet Service Providers that have the highest retention rates anywhere, which means you’ll get access to the largest library of posts. If you are looking for a Usenet Provider, Usenet.com Review has done your homework. Be sure to check out our Best Usenet Service Provider. If you are in need of a Usenet Provider UsenetServer is our choice for Best Usenet Provider.

Computers store files as binary data, which are a collection of bytes that can be used to represent any kind of digital data. This can include things ranging from videos and images to actual executable program. Binary files in Usenet are similar, in that they can carry any sort of binary data. This is in contrast to text files, which can only carry text encoded in standard ASCII formats.

Traditional Usenet articles are structured into four parts. The header gives meta information about what kind of data is contained within the file as well as other relevant information such as when it was posted. The body contains the main textual information or news, and is the most interesting bit. Optionally, users can choose to include signatures that would help to verify who was the author of the communication. Additionally, an attachment can hold binary data, which can be used for any purpose.

Usenet used to be a text only communication platform but eventually there was a need for large amounts of binary data to be transferred over the Usenet protocol. This was imperative for certain newsgroups but they were not designed to transfer binary files. As such, people came up with ways to encode binary files into text before uploading and then converting it back into the original files. This way, even though the protocol could only handle textual data, binary files could be transferred using news servers.

Using binary to text encoding does provide a solution to the main problem, but it does not come without it’s drawbacks; As different computers may use different character sets and every transport mechanism may not be 8-bit clean, data encoded using earlier methods only used a subset of characters that was common to most popular character sets. The most common method for encoding was Uuencoding, which was developed at UC Berkeley. This method was effectively encoding using just 6-bit characters. This meant that the files would expand in size by 30 to 40%. This created a severe need for additional bandwidth, a commodity that was in short supply.

By the early 2000s, however, the default method for encoding binary files was switched to yEnc. This method used an extended 8-bit ASCII character set for encoding instead of the older US-ASCII system used by Uuencode and some alternatives like MIME. yEnc was a blessing as it reduced the overhead significantly. Now the overall size increase was only 1 to 2%. This was much more manageable and significantly reduced the pressure on news servers to increase their bandwidth capacities. yEnc is still the main method for encoding binary data into text and is used for both Usenet and email.

If you’ve ever tried finding a large file using a binary search engine or a Usenet indexing service, you might have noticed that these are often split into a billion different parts and may be puzzled by this seemingly very perplexing trend. The reason this happens has to do with a limitation placed by Usenet news servers. There is a maximum file size in terms of the number of lines of text that a single binary file can be. This means that large files pose problems as they cannot be transferred in their current states. They have to be broken up into many small parts. These files are usually broken into multi-part rar files with parity files, so that they don’t get corrupted. A nice side effect of this is that multiple part downloads can be useful for people with slower connections. If the connection is dropped during the download, you may be able repair the corrupter file using PAR files and even if you can’t you’ll only have to download the single file again, instead of having to re-download the entire file. Similarly, this is also useful for ensuring data integrity as the parity files allow you to make sure that none of the archives have been corrupted.

There is a process that allows this multitude of user driven data to be available. Sending data to intermediate storage before it is used is known as spooling. The utilization of spooling dates to early PC days, but for retention purposes it is quite significant. Traditional retention requires all posts to be deleted after a certain period of time has passed. Spooling, however, allows data to be stored indefinitely. It is useful to think of spooling like buffering or queueing. Posts are storage on intermediate newsgroups news servers. When someone accesses a post stored on one of those newsgroups news servers, it will be available.

There is an incredible discrepancy in the size of binary and text posts. Binary posts, obviously, are much larger than text posts. So, storing text posts requires far less space than storing binary posts. Many Usenet providers deceptively advertise their retention rate in terms of their text retention. This is because it is usually higher than their binary retention. Oftentimes, these providers outsource their storage and it is far more cost efficient to store text posts than it is to store binary posts. At UsenetServer their retention is the same for both binary and text posts. This is because they own and operate their own News Server farms. Before 2008, all providers would limit their retention and delete all older posts. If a provider claimed 1,000 days retention, for example, a post would be deleted after once it reached 1,000 days. But Usenetservers posts have been available since they began spooling in 2008 and remain available.

As we had mentioned before Retention refers to the length of time articles are stored on a News Server. When an article is posted today it will stay on  UsenetServer News servers for the length of their retention period and then drop off and no longer be available once that article is older than the current retention. As Usenet grows, Usenetserver adds more storage to ensure that you get the best and longest retention possible. Retention rates exist because it would be unimaginable for a Usenet service provider to store everything posted to Usenet indefinitely. Suppose for instance the average amount of disk space to store one day of Usenet is 8 terabytes. UseneServer has over days of retention which means the have 32,000+ terabytes of server storage and is continuously growing.

Retention is constantly growing, and all the while preserving all of the great articles from long ago. Every day that passes, Usenetserver retention grows by one day. You can see the official count at Best Usenet Service Provider.

Although the technical details of Usenet were unavoidable in the early days, a lot of the technical details can now be handled automatically. You can use Usenet indexing services and binary search engines to find the content that you’re looking for. Before, you had to manually break files up into parts before posting and then manually combine them after downloading. Now you can have your newsreader automatically handle that part for you. In fact, newsreaders make the whole experience much more friendly for any beginner. Even looking at pictures is easier. However, the development of Usenet  has brought many Usenet Tools like, UsenetServer’s Global Search an award winning Usenet Newsgroups Search and VPN.

Although it was initially meant as a periphery to the text discussions, binary files are now what defines Usenet in this modern age of the internet, while more centralized websites for discussion like Facebook and Reddit are now more popular. A majority of the data on Usenet is now binary files. We hope you now have a better understanding of What is a Binary File? How do Binaries relate to Usenet? Your are now ready to check out our choices for Best Usenet Providers.