VPN Tracker Review: Everything you need to know

VPN Tracker Review: Everything you need to know

VPN Tracker is a popular VPN  that is designed natively for Apple macOS, which makes it faster than other VPNs out there. The unique thing about VPN Tracker is that it’s more business-centric, and it offers tons of unique features which make it an ideal option for businesses and the corporate sector. If you are also considering VPN Tracker for your business and want to know everything about it, this review is for you. Let’s get started.

As Always, we will start with discussing Pricing & plans, which is surely one of the most important things which you should consider when buying a VPN.

The company has categorized its plans into 3 different categories.

In this category, you get 3 different plans which come with different features, and we will discuss them briefly in this section.

VPN Tracker 365 is the basic individual plan, and it’s available for £8,93 per month. It comes with the following features.

VPN Tracker 365 Pro is the standard individual plan, and it’s available for €17,85 per month. It comes with the following features.

VPN Tracker 365 VIP is the premium plan, and it’s suitable for System Administrators. It’s available for €23,80 per month, and it comes with the following features.

VPN Tracker also offers dedicated Plans for Teams which you can consider depending on your requirements. The company offers the following plans

VPN Tracker Team Member is the basic plan by the company, and you can get it for €11,90 per month. It comes with the following features.

VPN Tracker Team Member Plus is the standard plan for teams, and it’s available for €14,88 per month. It comes with all the features of a basic plan with additional 5 TeamCloud Connections. It also allows the user to connect with Multiple VPNs .

The third category of the plans comes with the dedicated Plan for Consultants and Network Admins. This plan is available for €47,60 per month. It comes with the following features.

How can you pay for VPN Tracker Subscriptions?

VPN Tracker is a premium VPN service, and it comes with a wide range of unique and advanced features, which make it a desiring option for Businesses and Corporations. In this section, we will discuss some of the salient features of VPN Tracker.

The Service store all of your passwords on cloud services such as TeamCloud or Personal Safe, which make it easier for you to access them from anywhere around the world. On top of that, it also comes with 2FA support which means that no one will be able to access your passwords.

Like any good VPN Service, VPN Tracker also uses the advanced Military-grade AES-256 Encryption standards, which are used by militaries and government institutions worldwide to protect their data. It’s one of the most secure encryption standards, and it’s almost impossible to break it. Even if someone wants to break it, it will take billions and billions of years to break it even if that person has all the computational power of the world. So, in Short, your data will be pretty safe with VPN Tracker. 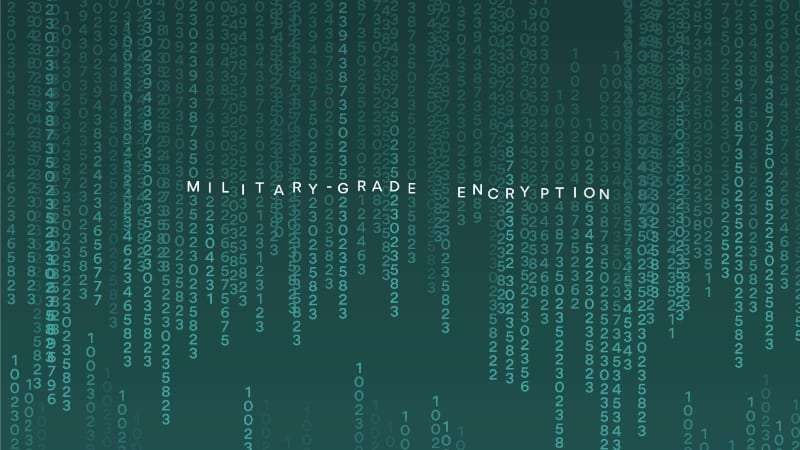 As all VPN Tracker plans come with TeamCloud Support, the company uses the end-to-end encryption  standards for delivering data which makes it very secure. 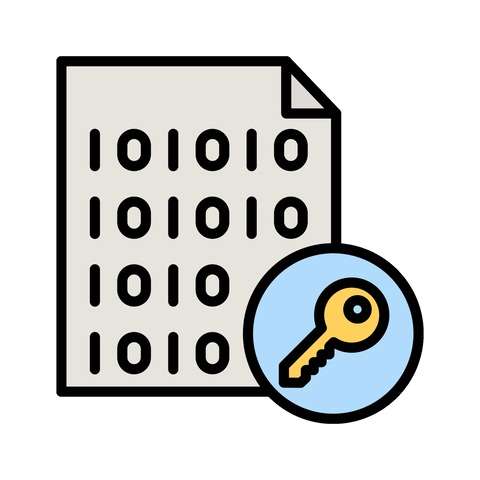 As VPN Tracker is designed natively for macOS, it uses the best security features of the macOS. The Services uses advanced technologies such as Secure Kernel Extension Authentication, 64 bit, XPS Services, and others to protect your data and access to the internet.

One of the main highlights of VPN Tracker is that it allows the users to connect to multiple VPNs at a time. On top of that, it also automatically quit applications, disconnect from the server and close the databases before you disconnect your VPN, which allows you to avoid any data loss. 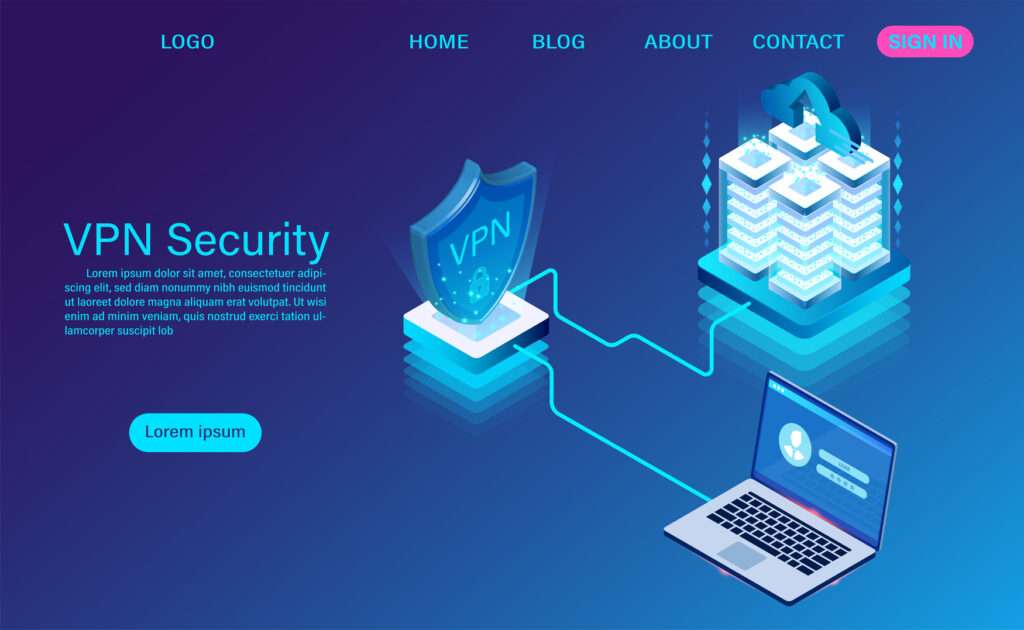 VPN Tracker also offers a wide range of VPN Protocols  that you can pick depending on the level of security and privacy you want. The company offers the following VPN protocols and technologies. 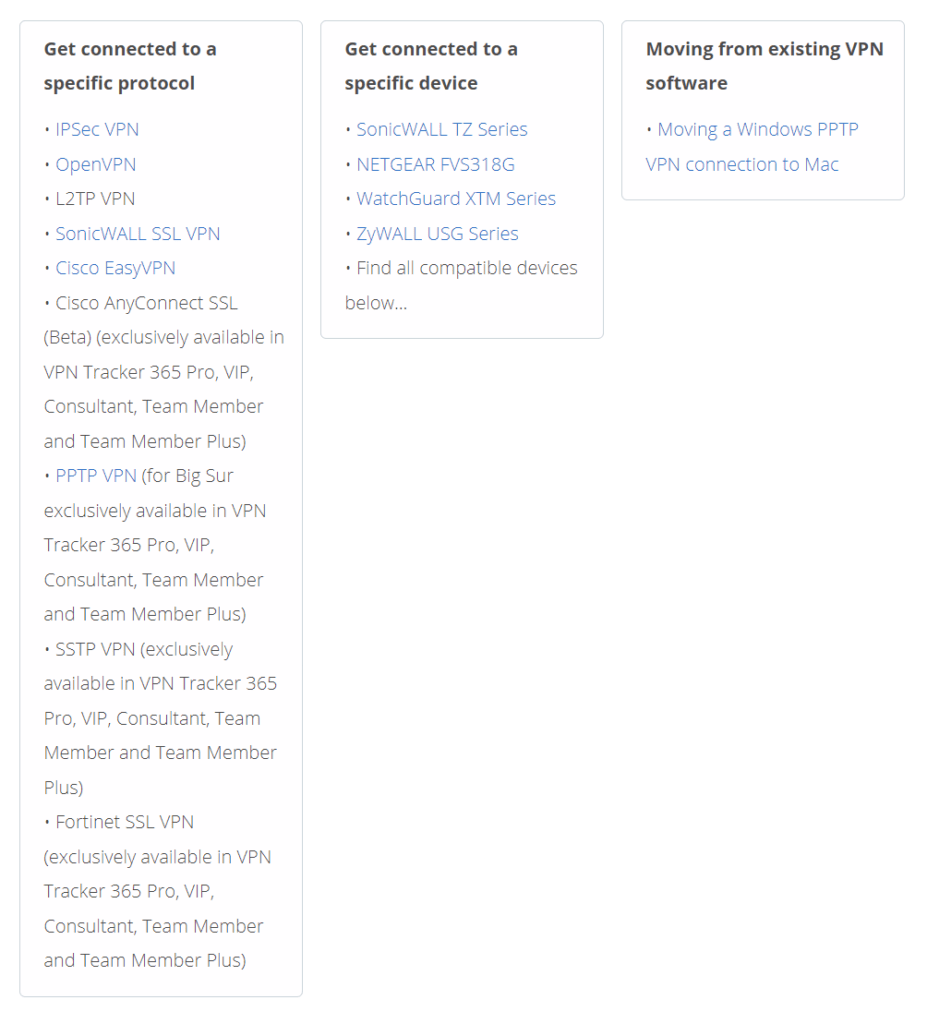 The company offers ticket-based customer support, and the response rate varies depending on your plan. VPN Tracker offers the first priority to premium plan holders, and they get the initial response within 24 hours. Similarly, if you have the standard plan, you will get the initial response within 48 hours, and if you are a basic plan holder, you will get the response with 72 hours. The company also has a comprehensive FAQ section where you can easily find the answers to the most common questions.

Overall, the customer support of VPN Tracker is good, and it’s on par with other VPN Services. However, we would recommend that the company should also add the live chat option on their website, which will increase the quality and response time of customer support.

VPN Tracker is a great business VPN, and we only recommend it for businesses and corporations. It comes with advanced features which are designed to support business operations. The company also offers decent customer support and a good number of VPN Servers. Overall, if you want it for your business, we recommend VPN Tracker. However, it’s not ideal for personal use, and if you are looking for a VPN for personal use, we recommend the services like NordVPN or PureVPN that come with better features that are more aligned for personal use. If you have any questions, please read the VPN Reviews on our website, or check the VPN FAQ Section.