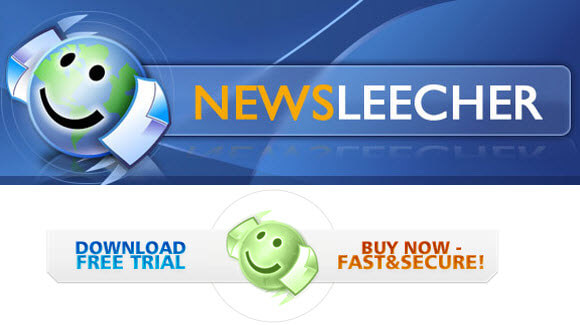 To choose the best Usenet newsreader. First, you need to understand how Usenet works. Usenet can briefly be described as a larger interactive database that is used to index data that can be used among all those who can access it. Unlike conventional web-based platforms, Usenet does not make use of markup languages like HTML or styling with CSS, making it almost impossible to sort through the data manually. This is where a newsreader comes in. With a proper news reader, going through the content in Usenet becomes a breeze. No need to worry UsenetServer has you covered Their Newsreader install and configuration guide makes setup a cinch.

In this post, we highlight the must-have features that you should consider before choosing a primary newsreader for your Usenet needs.

Features of a good newsreader

SSL Encryption
While Usenet remains to be the most sophisticated and hard to breach network architecture, it is not full proof from being compromised. That is why the ultimate newsreader should support the latest features of all internet security, SSL. SSL directly encrypts the connection between your news reader and Usenet server, making sure that only your news reader receives the data it requests.

Bandwidth Throttling
Usenet is known to be bandwidth intensive. In most cases, when you are getting content from Usenet, other online based operations might be slowed down. It is not a flaw in Usenet but rather a repercussion of the fact that Usenet is naturally blazing fast, allowing download speeds that surpass the average residential internet connection speeds. Therefore, a better newsreader should be to limit the amount of bandwidth it uses on Usenet, enabling other operations to run smoothly.

Usenet Search
The importance of Usenet search pretty self-explanatory; any good newsreader should allow you to search Usenet without counting on another third party resource. While Usenet search can be a hard functionality to incorporate into any software, major Usenet global search engines have API’s that can be leveraged to include this feature. Make sure to get a newsreader that has this function to have an easy time surfing the Usenet.

Friendly User Interface
Having a friendly user interface should not blind you to ignoring the underlying functionality of a newsreader, however, at this time of the century, any newsreader developers should know better to design great looking interfaces. A good interface could increase the productivity of the newsreaders as it makes navigating it easier, consequentially saving more time and doing more.

Thumbnail Preview
Every newsreader should include the ability to preview thumbnails. Thumbnails help people quickly sort through results and find relevant content. The human mind responds faster to pictorials compared to text. So it is easier to look at a picture and know what it’s about compared to reading a sentence or two before grasping the intended message.

The mentioned functionalities should be keenly paid attention to ensure that you get the best service from the newsreader you decide to go with. Usenet is complex and almost impossible to traverse without the help of an efficient newsreader, so when choosing one, makes sure you make the right choice.