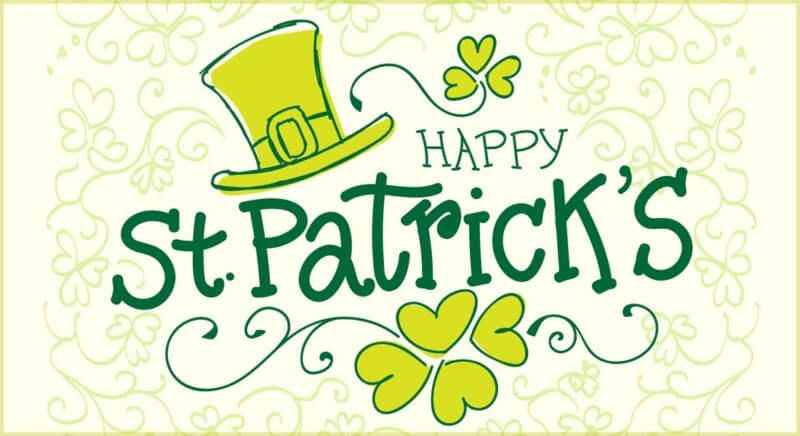 St. Patrick’s Day is a religious and cultural festival that is celebrated annually on 17 March. It is the death date of Saint Patrick’s who is regarded as the most influential saint of Ireland. Saint Patrick’s Day became an official Christian feast day in the 17th century and is observed by the Anglican Communion, the Catholic Church the Lutheran Church and the Eastern Orthodox Church.

The day memorializes St. Patrick and the induction of Christianity in Ireland. It celebrates the culture and heritage of the Irish in general. Celebrations include festivals and public parades, wearing of shamrocks and green attire. Christians would attend church services, and restrictions on eating and drinking alcohol are lifted for the day. There are several Usenet Providers that are offering St. Patrick’s Day Deals don’t miss out.

How is it celebrated?

The celebration usually involves parades, Irish traditional music sessions, and wearing of shamrocks. There are formal gatherings such as banquet and dances.  In the past, it was only celebrated by the military, marching bands, fire brigades, cultural organizations, voluntary associations, fraternities to mention a few. Over time, many of the parades have transformed to carnivals. Many efforts have been to use the Irish language on that this day. In Ireland, the week of St. Patrick’s Day is the Irish language week.

Drowning or wetting the shamrock is a traditional custom on St Patrick’s Day, especially in Ireland. At the later stage of the celebration, the shamrock is placed into the bottom of a cup and filled with beer or whiskey. The mixture is then drunk as a toast to St Patrick and Ireland. The shamrock is occasionally swallowed with the drink. It could also be taken out of the drink and tossed over the shoulder for good luck.

Saint Patrick was a fifth-century British Christian missionary and bishop in Ireland. He is the primary patron saint of Ireland, popularly known as “Apostle of Ireland.”  Saint Patrick is also venerated in the Catholic Church, Eastern Orthodox Church and Anglican Church as apostle and Enlightener of Ireland.

Saint Patrick preached about Christ to the people of Ireland. Though the task was his persistence led to the building a strong foundation of Christianity. The Irish people listened to him and received is teaching because he was able to Christianize many of their symbols. The most famous and significant of them being the Shamrock parable. St. Patrick’s Day

Legend has it that St. Patrick taught the Irish about the doctrine of the Holy Trinity by showing people the shamrock. The shamrock is a three-leaved plant which he used to illustrate the Christian teaching of three in one God. The story of this teaching first appeared in writing in 1726. Ever since the shamrock has become a significant symbol for St Patrick’s Day.

It is believed that the absence of snake in Ireland was because Saint Patrick banished them. In the Legend, St. Patrick is seen chasing the snakes into the sea after attacking him while fasting on the top of a hill. This theme can be related to the account of the staff of Moses in the Bible. St. Patrick’s Day

The work of Acallam na Senorach tells of Patrick meeting two ancient Irish warriors, Oisín and Caílte mac Rónáin during his evangelical travels. St. Patrick tried to convert them to Christianity, but they defended their pagan past.

While many would disagree with some of St. Patrick teaching, the fact that a man dedicated is life proclaiming the gospel around 1,600 years ago is worth celebrating. His teachings and adventure resulted in the conversion of tens of thousands into Christianity.

Usenet.com is celebrating  St Patrick’s Day 2022 check out the savings.