What is a Multi Hop VPN Double VPN

VPN is one of the major privacy tools these days, people use it to protect their online privacy as well as to bypass the local barriers. There are tons of VPN companies out there and they offer a variety of privacy features to attract customers and one of those features is the MultiVPN feature. In this comprehensive guide, we will tell you about the Double, Triple and Quad VPN. You will also learn how to use it and its pros and cons. We will also share some of the best MultiVPN Providers which will help you make an informed decision. Let’s get started. Best VPN 2022

Virtual Private Network (VPN) is the network of private servers that allow the users to send their data through the encrypted servers. When you use a simple VPN, all the traffic routes through one of the private servers of your VPN service provider. It stops your Internet Service Provider (ISP) and websites from tracking your online activities.
Now Double VPN is basically the same thing but with a little twist. When you use the Double VPN, Triple VPN or Quad VPN, your traffic routes through the 2, 3 or 4 servers at a time making it impossible for the ISPs and other tracking entities to track your online activities.

How does Double VPN work?

Now you know the difference between the simple VPN and the Double VPN. In this section, we will explain how the Double VPN works.
When you open your browser and enable the Double VPN, the VPN starts routing your traffic through the two servers at a time. When you access any website, the query will go to the Server 1 in the encrypted form. Server 1 will decrypt the query, replace the IP address with its own and send it to server 2. Now Sever 2 will decrypt the query, replace the IP address and send it further to the destination server to fetch the results.
This feature prevents the ISP and website you are accessing from tracking your online activity as well as it also prevents the DNS leak.

Advantages of a Multi VPN

When to use a Multi VPN?

Now you know the advantages and disadvantages of using the Multi VPN. ON to the next question, when should or do need to use a Multi VPN?
In our opinion, a simple VPN service works well in most cases but if you are someone who wants to get the ultimate online protection then using the Multi VPN is a great option. Multi VPN is also used by journalists and whistleblowers/activists to protect their sources and identities. Most of the VPN services use the Military-grade encryption to protect the traffic. Just to give you a perspective, even someone has all the computers in this world at his disposal and he uses the brute force attack still he would need billions of years to crack the encryption. Combine the Multi VPN with the advanced encryption, it is not possible to breach your online privacy.

In this section, we will share some of the best Double VPN Providers out there. These VPN companies have been around for years and they are trusted by the millions of VPN users around the world.

NordVPN is one of the most trusted VPN services out there and it has been operating since 2012. The best thing about this company is that it operates from Panama which doesn’t have any data retention laws and the company have a 100% no-log policy.
The company offers Double the VPN feature which provides the extra layer of privacy. It also comes with some advanced features such as DNS Leak Protection and Automatic Kill Switch which ensure that your online privacy is intact. Automatic Kill Switch is your last line of defense and it continuously monitors the connection between your device and VPN servers. It automatically blocks the internet when it detects the drop in connection to protect your identity.
The company also offers a variety of affordable packages and payment solutions. You also get a variety of internet protocols which is another plus. You can read the complete review of NordVPN on our website. 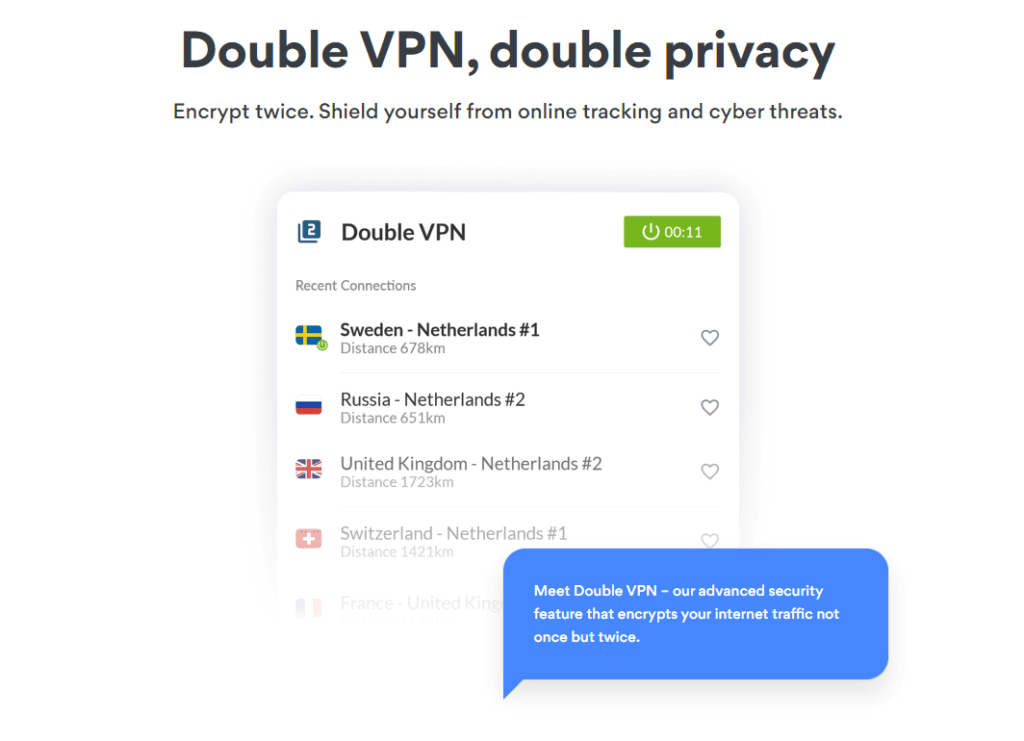 PureVPN is one of the most trusted names in the VPN industry and it has been operating since 2007. It comes with more than 2,000 servers across 140 countries around the world.
The company doesn’t offer the double VPN feature but it does offer split tunneling which is a very interesting feature. With this feature you get the option to split your internet traffic through two separate tunnels. You can pass your important queries through the VPN servers and the rest of the queries through the ISP server. The company also comes with 256-bit Advanced Encryption Standard (AES) and advanced privacy features such as Automatic Kill Switch and WebRTC Leak Protection. You can read the complete review of PureVPN on our website.

Surfshark VPN is another very popular VPN service which has been around for a year. The company offers more than 1,040 servers in 61 countries around the world. The company also has a strict no-logs policy and it uses the AED 256-bit encryption to secure its traffic.
The company offers the MultiHop Double VPN feature which provides an extra layer of privacy. The company bounces the traffic via different servers located in different countries and then passes it on to the destination server. SurfShark also offers its software for all major platforms including Chrome, Firefox, Android, IOS, macOS, Windows and more. Make sure to read our review of Surfshark VPN 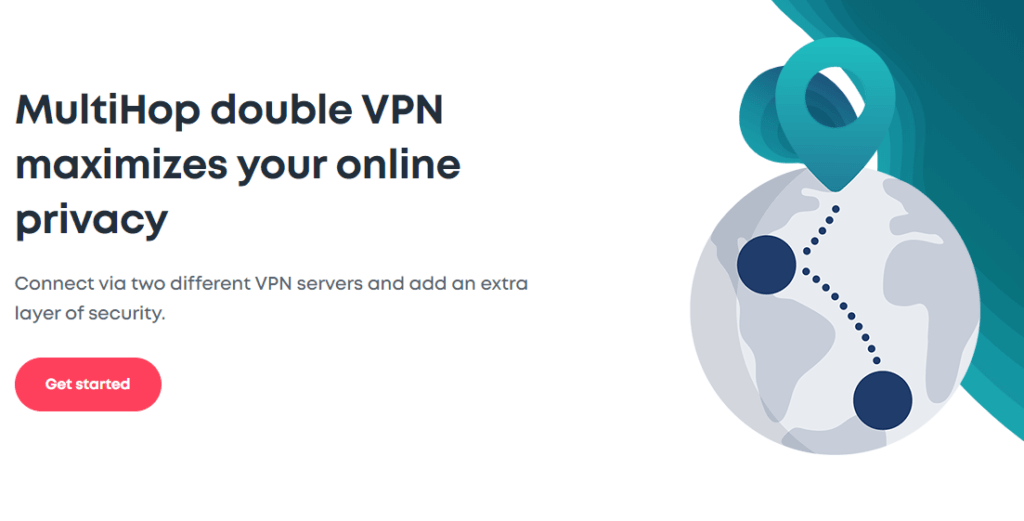 Double VPN or Multi VPN is undoubtedly a really great feature and it is still relatively new. There is still a lot of room for improvement and we hope that companies will work on improving this feature. If you are someone who is concerned about your privacy then Double VPN is a great feature for you. You can use any of the above-mentioned VPN services to use this feature. We would recommend you to check the detailed reviews of these VPN services on our website where we have explained the ins and outs of these Services. Make sure to check our choices for Best VPN 2020